“Fu-Gee-La” is a song by the American hip-hop trio, Fugees. It was released on December 13, 1995, as the lead single from their second and final album, The Score. Producer Salaam Remi discussed the song’s conception: “We actually were working on a song for Spike Lee’s Clockers movie that actually, that song never came out. So we had a song that we did for Clockers, and then during that session, Wyclef was like, ‘Yo, play that beat you did for Fat Joe!’ And Lauryn was like, ‘Yo, play the Fat Joe beat’ and then when I played it, Clef jumped up and spit the first verse to ‘Fu-Gee-La.’ He had the verse, but it just fell all together and then we worked on it. That song was actually done prior to The Score, so a lot of The Score’s vibe was based around what that song was.”

The Gankrel remix takes influence from UK Garage for the bass tones and increases the tempo while shuffling the percussion to match Gankrel’s unique 2-step sound.

The prominent melody heard throughout both the Gankrel remix and the original song is sampled from Ramsey Lewis – If Loving You Is Wrong, I Don’t Want To Be Right 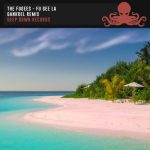 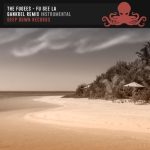