“Country Grammar (Hot Shit)” is the debut single by American rapper Nelly. The song was produced by Jason “Jay E” Epperson. It was released on February 29, 2000, taken from Nelly’s debut album Country Grammar. It peaked at number 7 in both the United States and the United Kingdom. When Country Grammar was released, it was played a lot and it was played loud. The track was perfect for big woofers, and with Nelly’s unique tone and swing, it was an instant classic. Nelly followed it up with many kick ass tracks that are favorite bumps to this day. The Gankrel remix gives the track a bit more edge with a much more aggressive tone compared to the original. It adds a serious broken beat with glitches and a funky worm as a lead.

The song’s melody and chorus were taken from a song popularly sung by children with clapping games called “Down Down Baby“. 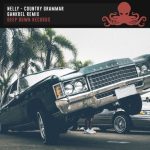 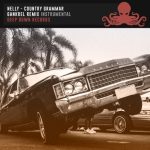