“Rapture” (sometimes referenced as “Rapture (Tastes So Sweet)“) is a song by American recording duo iiO. It was chosen as the lead single from their debut studio album, Poetica (2005). The song was written by both the members; Nadia Ali and Markus Moser, while production was handled just by Moser. The song was released in the United Kingdom on October 29, 2001, by Data Records and was released in the United States via Universal Records in January 2002. Musically, the song is a dance-oriented song, which was very popular around the early 2000s. The dance-pop song incorporates some of the styles of disco and trance.

With the song winning positive reviews from music critics, citing it as catchy and one of the best songs of the year, the song was a commercial success. The song charted inside the top 10 in several countries, including the United Kingdom, Australia, Canada, Ireland, New Zealand, and Romania. “Rapture” also reached the top 50 on the US Billboard Hot 100, peaking at number 46 in March 2002. A music video was also shot, showing the group in a futuristic city with visual lighting.

In 2010, the song was re-released by former iiO frontwoman Nadia Ali as a single from her remix compilation, Queen of Clubs Trilogy: the Best of Nadia Ali Remixed. This version was her most successful solo release, peaking at number 3 in Romania while also charting in several European countries.

With the original being a childhood favorite of David Lusion, after hearing the Avicii remix, he decided to do his own take on the song and aimed at presenting something cleaner and with a smoother sound compared to other modern remixes. 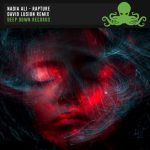