“Can’t Get You Out of My Head” is a song that was recorded by Australian singer Kylie Minogue for her eighth studio album Fever (2001). Parlophone Records released the song as the album’s lead single on 8 September 2001. “Can’t Get You Out of My Head”, which was written and produced by Cathy Dennis and Rob Davis, is a dance-pop, techno-pop and neo-disco song that is known for its “la la la” hook. Its lyrics are about obsession with a love interest. Music critics praised the song’s production and Minogue’s vocals and labelled it a highlight of Fever.

The song reached number one on charts in 40 countries worldwide. It peaked at number one on the UK Singles Chart for four weeks and was certified two-times platinum by the British Phonographic Industry (BPI). It also topped the Australian Singles Chart and received a three-times Platinum certification from the Australian Recording Industry Association. In the United States, the song peaked at number seven on the Billboard Hot 100 chart and became Minogue’s first US top-ten single in 13 years. As of 2018, the track has sold over five million copies worldwide.

Dawn Shadforth directed the music video for “Can’t Get You Out of My Head”, which features Minogue dancing against futuristic backdrops; the white jumpsuit she wore in the video became a fashion statement. Since the song’s release, Minogue has included it on the set lists of various concert tours. “Can’t Get You Out of My Head” appeared on several decade-end lists compiled by media such as Rolling Stone, The Guardian and NME. In 2012, Minogue re-recorded the song for her orchestral compilation album The Abbey Road Sessions.

The David Lusion remix tones down the energy of the song in return for a deeper sound. The remix started with playing around with Kylie’s voice when sampling it for an original. The lower pitch was intriguing and lead to the build of this remix around it. 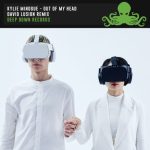