Released in 2002, “Lose Yourself” was a commercial success, becoming Eminem’s first Billboard Hot 100 number-one single and remaining there for twelve consecutive weeks. It reached atop of the charts in nineteen other countries. “Lose Yourself” received acclaim from music critics, with many critics praising the song’s inspiring, aggressive themes and describing it as Eminem’s best work to date. Eminem’s rapping ability, the lyrics and the production were also praised. In many retrospective reviews and lists, critics have cited the song among Eminem’s finest, as well as one of the greatest hip hop songs of all time. The Gankrel remix spins it off with an all new instrumental, familiar, yet different. All new percussion, melodic instruments and arrangements.

One of these tracks and / or parts of this track may not be safe for use.

The Gankrel INSTRUMENTAL remix, though having likeness to the Eminem song is an all original composition. However, as it’s Eminem, even likeness may be too risky to use, thus we cannot guarantee you won’t experience take downs if you chose to use the INSTRUMENTAL. 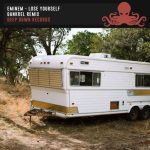 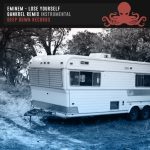