“I’m Coming Out” is a song recorded by American singer Diana Ross. It was written and produced by Chic members Bernard Edwards and Nile Rodgers, and released on August 22, 1980, as the second single from Ross’ self-titled tenth album Diana (1980). “I’m Coming Out” has been regarded as an anthem for the LGBTQ community. The phrase “coming out” to describe one’s self-disclosure of sexual orientation or gender identity had been present in the LGBTQ subculture since the early 20th century.[5] It has also been understood as “coming out of the closet” or coming out from hiding. The song is thus interpreted as a celebration of lesbian, gay, bisexual, or transgender identity and the encouragement of self-disclosure.

The Gankrel remix is a carry over from remixing Biggi’s ‘Mo Money Mo Problems’. This remix is be more bare bones and intended to keep the iconic ‘I’m coming out’ lyrics while keeping enough free space to be usable by MC’s.

This track was heavily sampled by Biggi & Co. on the track Mo Money Mo Problems 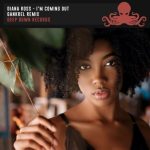